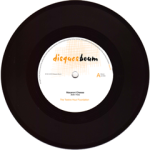 The The Twelve Hour Foundation‘s first EP was released on 28th July.  Linited to 250 copies it is only available on 7″ vinyl and download.

The Lighter Side of Concrete

Inspired by the work of John Baker (BBC Radiophonic Workshop), Jez Butler’s album The Lighter Side of Concrete was released by Disques Boum on 15th October 2013. Following requests for live performances, Jez teamed up with Polly Hulse to form the The Twelve Hour Foundation; the name and lineup are now permanent Find out more » 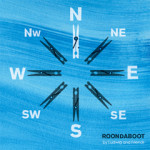 Roondaboot, by Ludwig and Friends,  is a compilation of incidental pieces from Matt Hulse’s feature film Dummy Jim, which saw its UK premiere at the Edinburgh International Film Festival in June 2013.  Find out more »